Mark Cain discovered the transformative power of yoga back in his twenties after meeting a former physical trainer for the Oakland Raiders who was teaching Bikram Yoga. Much later he met Louise Ellis, who became Mark’s first ashtanga teacher 20 years ago; he was immediately hooked on the focused calm and strength the practice reliably produced each practice session. Eventually his evolving practice and interest would take to practice and train with Richard Freeman in Colorado, and Pattabhi Jois at the Ashtanga Yoga Research Center and BNS Iyengar in Mysore. Mark’s goal in teaching is simply to share something that he considers an enormous gift coming through the lineage of teachers, and to adapt that teaching to our individual bodies and lives. 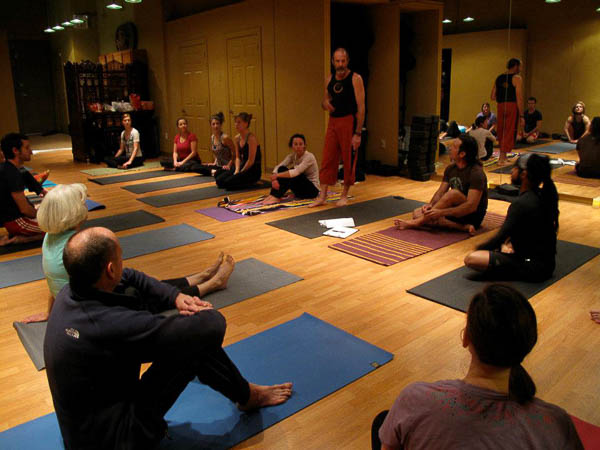